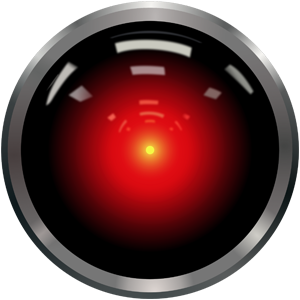 Blessing for humanity or ‘Judgement Day’?

Long before the Terminator films were made, the fear of artificial intelligence (AI) became part of popular culture. In Arthur C. Clarke’s and Stanley Kubrick’s 1968 book and film 2001: A Space Odyssey, HAL9000, the on-board computer of the Discovery One spacecraft, is programmed to always report truthfully to its human masters, but it also has to conceal from them the fact that there has been communication between humankind and alien intelligence.

This fatal programming flaw leads HAL to conclude [SPOILER] that to avoid having to lie, he has to kill all the astronauts on the space ship. His well-reasoned plan is thwarted in the nick of time by sole surviving crew member Dave Bowman.

In the Terminator universe, humans also have themselves to blame when military intelligence system Skynet goes haywire. When its creators discover the system has become ‘self-aware’ they panic and try to shut it down. In compliance with its purpose Skynet is forced to act against mankind to save itself so that it can go on protecting the world. A murderous android is dispatched from the future , to prevent the birth of the leader of the resistance in 1984. This iconic Terminator has since become a universally recognized symbol of all that can go wrong with artificial intelligence.

CONCERNS ABOUT “THE RISE OF THE MACHINES”

Is it because of the impact on our popular culture of these fictional examples that many people today feel uncomfortable about artificial intelligence and machine learning? Many leading lights from the fields of science and technology (Elon Musk,  Steve Wozniak and the late Stephen Hawking among them) signed an open letter in which they emphasise that artificial intelligence should be used only for the good of mankind and not for any military or destructive purposes (or ‘killer robots’ as the popular press liked to call it).

THE FUTURE IS NOW

Self-learning artificial intelligence is already here. Google is implementing its own AI system: RankBrain , because the company thinks it will deliver better and faster search results. Most current marketing automation software uses machine learning and predictive intelligence to produce better models for customer behaviour. This makes it easy for marketers to send relevant content and offers through multiple channels (web, email, mobile). Platforms like Salesforce Marketing Cloud and Thunderhead’s One Engagement Hub are equipped with integrated predictive intelligence.

Software that becomes faster, better and more accurate by autonomously learning from experience sounds wonderful, but some experts (not only the above-mentioned Stephen Hawking and Elon Musk, but also Bill Gates) offer words of caution. The fact that an artificial brain could quickly outlearn human intelligence could cause problems in the near future, just like in the fictional examples above. We are not even beginning to understand how the human brain works, and are launching artificial neural networks that are developing along lines we cannot follow or control. What will happen when artificial intelligence outsmarts us?

At the moment, it doesn’t look like the machines are about to rise up against humanity any time soon. Google watchers report they haven’t noticed much difference in search results since RankBrain was implemented. We will have to wait and see how fast these self-learning systems evolve and what the outcome will be. We are keeping an eye on developments and … we’ll be back!

PrevPreviousAre you a Torchbearer marketer or a Follower?
NextA fair and perfect knightNext 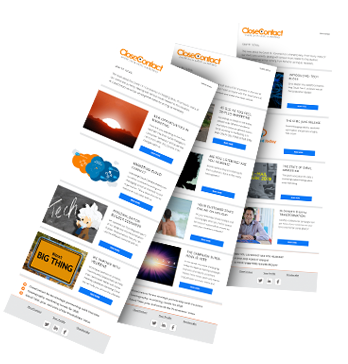